- March 05, 2013
Another common problem on the Internet I have often encountered (in addition to the apostrophe problem with my name) is web forms not accepting the very short phone numbers we have in Andorra, which is where I live.

So often the process of form filling is fraught with difficulties. Lots of times have I filled in forms only to find that the final step, maybe activation via SMS or phone call has failed.

So like my other Hall of Shame I get to let off steam by posting the failing websites addresses here.  First off a big one.  Twitter. 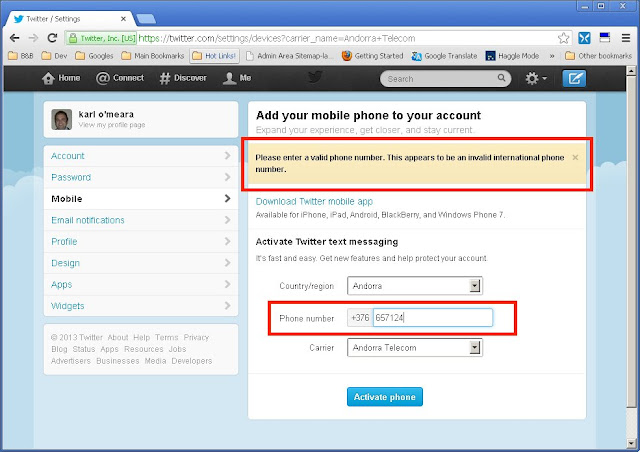 2) They even auto-detect my IP and give me STA Andorra Telecom (The only phone company) as a choice e.g. https://twitter.com/settings/devices?carrier_name=Andorra+Telecom   but lo and behold the short number still does not work.
Hall of Shame Phone Numbers