Why a programmer should not be interrupted

I've searched for this a few times on the Internet before, and found some examples, but none as clear as Joel who, as usual, has produced a hilarious article describing the issue.

It is amazing how true all this is, he worked at Microsoft, so I guess he's had plenty of experience.

I copy the funny part, but read the whole article as it contains other important steps any company should follow.

Jon Danzig explains why the EU was created

This reason alone is sufficient for me to wish that the UK rejoins the EU. 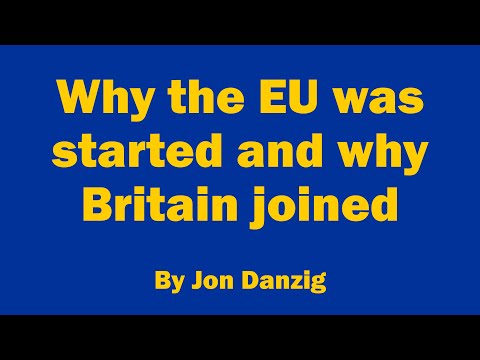