- July 22, 2012
This is the view of next door neighbours gangaman plot.  I wanted to take the capture the pic as he’s removed most of the plants and the camo netting.  The Google maps get updated once and a while so this is what it looked like when we  bought it. 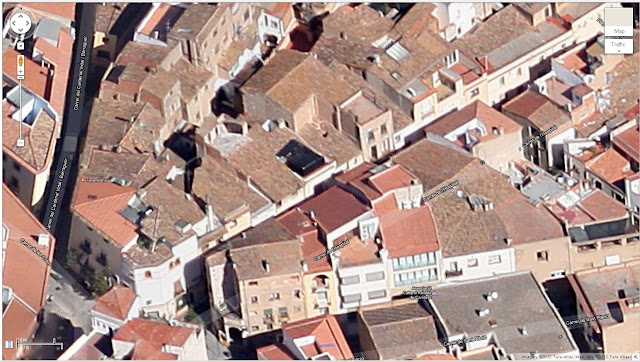 This is the logo from the Live Aid concert's back in the 80s.  I just thought it is such a smart logo that I'd put it here and say that.
Read more

- September 21, 2020
The UK still uses the archaic "first past the post" voting system.  This needs to change.   Back in 2011 there was a referendum on changing this to the Alternative Vote .  We were already living in Spain then, but I followed it closely - the campaigns and the themes . At the end of the day people said.... "It's all too complicated ... we stick with the status quo". What a shame.   Fast forward to 2019 and Boris was able to lie through his teeth campaign with a clear message and get a thumping 80 seat majority - by getting a few more racist old people in the North to vote for him  than would normally do. Ultimately there was a majority of vote for Remain-parties but the way the cookie crumbled down the constituency-lines meant Boris and his team of ultra-right wingers got in. What can be done about this? I been looking at all the plethora of different voting system.  Boy are they complicated!!   I'm a programmer used to reading detailed manuals; reading th
Read more